The title of this post insinuates that we actually did some training. Well the answer is not training is how not to train for a triathlon.

Yes, this weekend we participated in a triathlon. Lucky for us, we entered as a team and only had to do one leg each. Ryan did the 1500m swim and I did the 40km bike ride. Ryan’s mum, the superstar that she is, actually trained and cruised through the 10km run.

Ryan in his true form killed the swim, despite the lack of training. He did it better than most people who would have trained for a year beforehand.

My story is slightly different. I struggled through the kilometers. The longer I took, the hotter it became. Not only because of my efforts, but the temperature was increasing quickly to a 31 degree (celsius) day. Bright bright burning sunshine.

You know how I have been complaining about the weather for weeks? It finally listened. Great timing!!

I definitely did not look like these elite athletes who raced on Saturday: 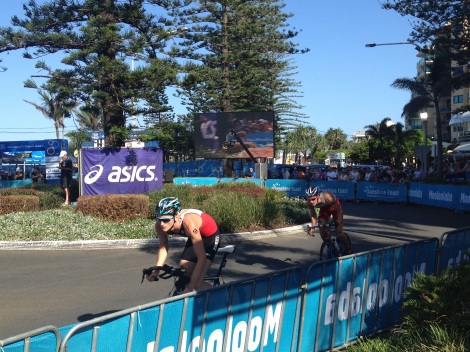 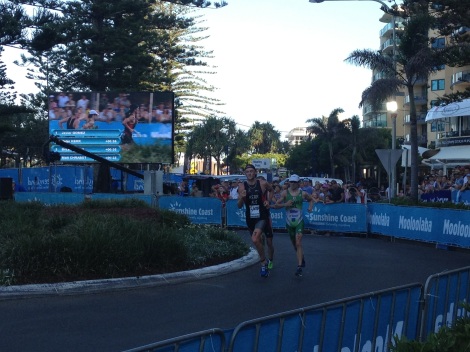 Of course, the slower I went, the hotter during the day Ryan’s mum had to run. Despite this, she looked like she had barely run a step after coming through the finish line. My hero.

Of course we missed out on a spectacular weekend of boating. Though we still managed to enjoy time out at the beach in the wonderful sunshine.

4 responses to “How not to train for a triathlon”