Yesterday was our first real sail on the boat. We are already getting used to the way Sibia sails. We know that the motor (one outboard has replaced the two inboard diesel engines that used to be on board) is not overly great if going against strong winds. We will try to avoid those kinds of situations.

Our aim was to sail 30 nautical miles to Poros, where we would get some water, fuel and more supplies. The start of our sail was great as we were heading downwind. 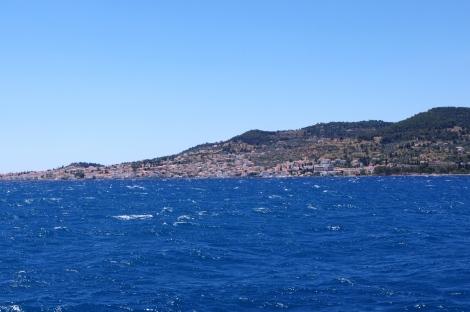 As we got around the Eastern side of Nisis Dhokos the wind went a little weird. It went died then completely changed direction, making us have to sail into the wind. This slowed us down significantly. 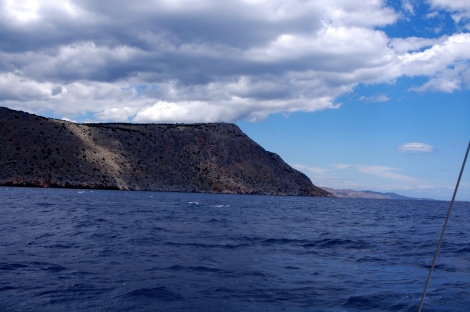 Because we had to tack towards Hydra, we thought that we would see if there was any space for us to stay the night. It was already 5pm by the time we approached. Although we had more daylight hours to see us through, we decided we would prefer to stay in Hydra rather than having to motor the rest of the way to Poros.

As we arrived, we were delighted at how beautiful this harbour is. There was no space, but we came across a flotilla of charter boats, carrying 40 drunk swedish men. They had rafted up as a pyramid and the Aussie guy working on one of the boats said we could raft up to him…. Until 2am, when they had to leave. We were happy with that option.

After parking the boat, we decided (well, I asked Ryan if we could) to stay a whole day here and sail out on Sunday. He agreed. Look at how beautiful this place is. 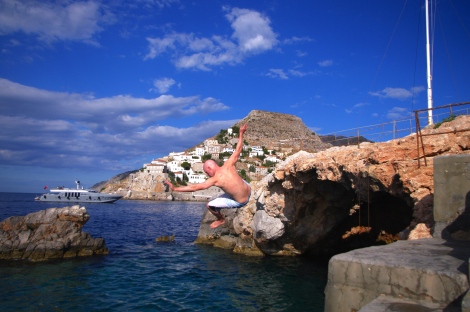 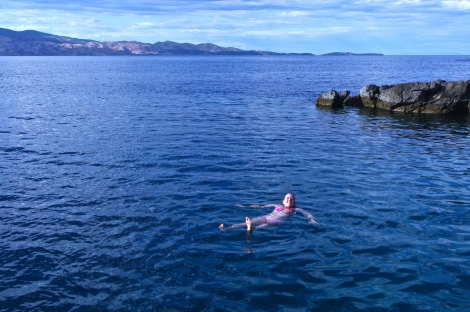 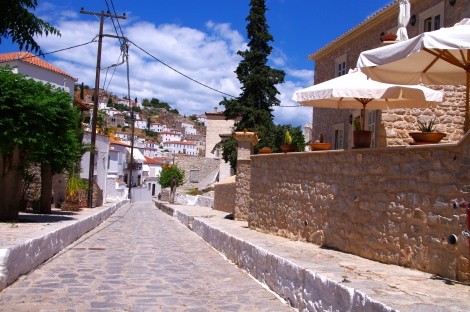 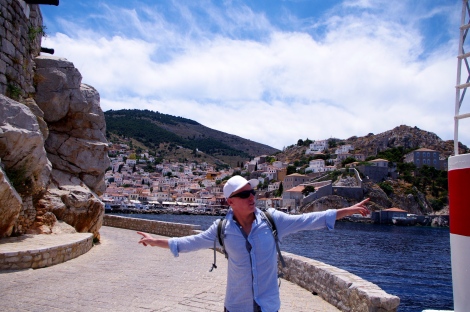 The Swedes appeared to be having a great time. We went over and had some beers with them. They were on a trip paid for by their work, because they had reached their annual budget. A sailing trip to the Greek islands is a pretty good incentive if you ask me!

Some of you have asked for a picture of our boat so here you are:

The blue commercial ship’s bow is pointing directly at our camaran, see?

We had a nice sleep-in after our 2am wake-up to move the boat. By the time all of the charter boats had left,  we dropped anchored and tied up to the Quay, it was 3:30am. We went for a wander around, and by the afternoon were pretty tired. So we spent our time here, to rest:

I think the town-folk, and other boats, are quite amused by our shower system.

If we manage to pick up our anchor from underneath a large motor yacht’s anchor that is directly on top of ours, we may actually make it to Poros tomorrow… 2 days later than expected.